Save $50 on WRG4 All-Weather Tires 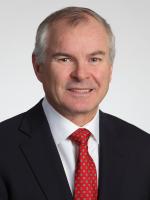 Robert Foord was born and raised in Vernon, BC and attended Okanagan College prior to graduating from Simon Fraser University in 1984 with a degree in Business Administration. Robert joined Kal Tire in 1987 and spent the next 28 years working his way up through the business; starting in the warehouse before moving on to several operational and sales positions. In 1998, Robert became a partner at Kal Tire and joined the company’s Senior Management Team, eventually taking on the role of Senior Vice President for Kal Tire’s Mining Tire Group. In late 2009, he became President of Kal Tire, a position he still holds. Today, Robert is responsible for guiding the company forward with the same fundamental principles and company culture that have proven successful since its inception in 1953.