For drivers who face several months of severe winter driving conditions, a new generation of studded tires could make all the difference

With nearly half of Prairie drivers surveyed in a Kal Tire study saying they regularly encounter hard-packed snow and ice, Kal Tire is educating drivers about how the latest studded winter tire technology delivers superior winter braking and cornering while improving ride comfort and road impact.

The fall 2018 Kal Tire study showed on average only 50 per cent of drivers in Alberta, Saskatchewan and Manitoba planned to use winter tires. Yet on average, half of the drivers in these provinces said they regularly face severe winter driving conditions (i.e., heavy snow and ice) in which studded tires can make the most difference.

“When roads turn icy or the snow gets hard-packed, nothing gives better grip than studded tires, so we’re helping drivers see that today’s studded tires are not the ones of the past,” says Mike Butcher, regional director for urban retail stores, Kal Tire.

For years, winter tires with studs had a reputation for being loud, hard on roads and quick to fall out, but today’s studded tires are quieter, longer lasting and gentler on roads than ever.

“When some drivers think of studded winter tires, they think of that clicking sound and concerns about them damaging roads,” says Butcher. “That was a deterrent for some people, but the technology has changed dramatically, so we want to help drivers in regions with severe winter conditions get the grip they need without worrying as much about road noise or impact.”

Some studded tire manufacturers now employ a cushioning design to dampen both the sound and impact. One studded tire model uses a soft layer of rubber between the tire and the stud base that acts like a spring to reduce the impact of the studs on pavement. Some manufactures have actually doubled the number of studs on their tires to even further improve traction, and yet many studded winter tires have less wear on roads.

“You can barely hear these tires, and even though there are more studs, with this cushioning, they’re actually less intrusive. These are not the studded tires that were noisy and chewed up roads the way they did 30 years ago,” says Butcher.

Many tire makers have increased the number of tread blocks and changed the placement of studs from symmetrical rows to being spread out across the tread face.

“With more even stud distribution, you’re getting better side-to-side and front-to-back grip, and that’s what makes these studded tires excel in ice braking,” says Butcher.

Third-party testing performed as part of Kal’s Tire Testing showed on ice, from 30 kilometres an hour, a studded five-star winter tire stopped in 19.7 meters; and the average 3-season stopped in 32.3 m.

“Even stopping a few metres sooner could mean the difference between stopping before an intersection or going through it in a dangerous way.”

Fact: Stud life is longer than ever

“In the old days, studding was done by hand with a gun that was much longer, bigger and heavier, and if the stud wasn’t all the way in, it would pop out, but most of the tires we sell today are factory studded.”

Studded tires are permitted in all Prairie provinces. Only Manitoba restricts use to the winter months—October 1 to April 30. 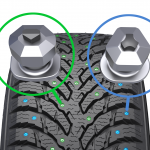 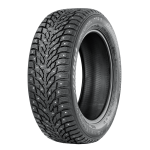 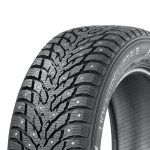 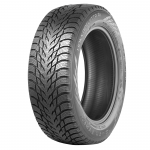 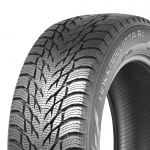